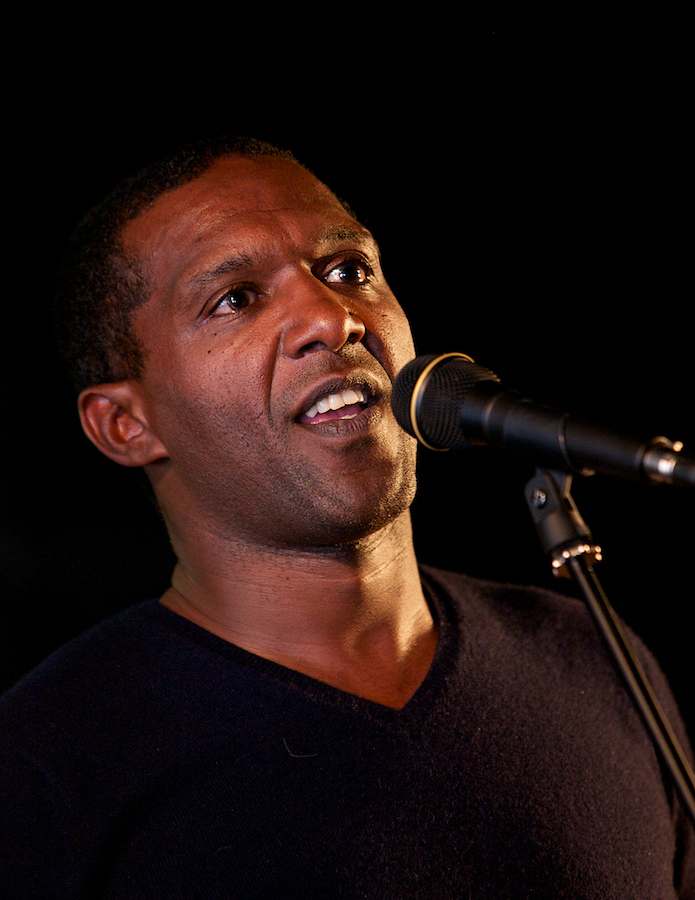 Nothing had quite prepared me for seeing Lemn Sissay perform in public.  He is spellbinding.  He talks as if his life depends on it, as if words are as important as the air he breathes.  The words which come out of his mouth seem to be the result of a firework display going on in his head.

And yet, nothing is random.  His thoughts and words are connected in the most exciting, creative, imaginative ways.  Occasionally  the words seem to be coming out of a machine gun but most of the time he carries the listener along as if he is a river of currents and undercurrents and still depths and tributaries and rapids.  He will take you to the most profoundly moving  places and then throw you on your head with crazy humour.

And of course there’s the eyes which are wild, mesmerising and a harbour of safety.  He is an old time preacher, who casts a spell over his flock and takes them to far off places; places they have never experienced or thought about, but which he makes them feel and understand.  He lets you walk in the shoes of those who are forgotten, overlooked and uncared for, and reminds you of the beating heart and the blazing mind in each one of them.

This extraordinary man; his life story, his projects, his achievements, his writings…the list goes on and on.  This man of  unbounded compassion and love.

Last night I sat in his presence for over an hour.  I feel honoured and privileged to have been there.

But never, ever tut when he is talking.

What’s In the Box?