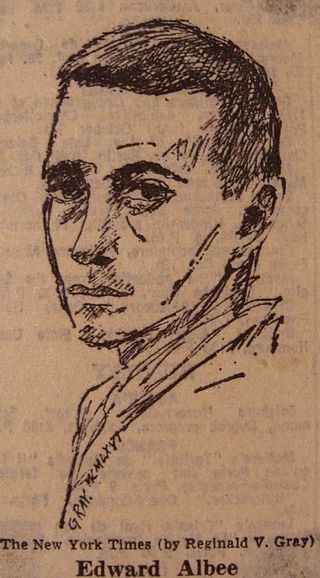 Saturday night at Who’s Afraid Of Virginia Woolf.  For anyone who does not know the play or the film version with Richard Burton and Elizabeth Taylor, it’s basically watching a married couple through nearly three early hours of the morning, fuelled by a lot of alcohol, playing out their marriage as a set of ball-breaking games of verbal boxing, all witnessed by a newly married couple Nick and Honey. The “games” include Humiliate The Hosts, Hump The Hostess and Get The Guests.  The power play continually shifts and if the blood was visible their living room (the play’s setting) would be drenched.

The play can be taken literally or metaphorically: the couple are called George and Martha and they live in New Carthage.  George is a Professor of History and Martha’s “Daddy” (one of two major unseen characters) is the university’s president.  Nick is a biologist and Honey throws up a lot.

The battles rage four-ways.  It’s a deliberately exhausting play to watch and it’s brilliance lies in the fact that you do keep watching.  The cast in James McDonald’s production excel. Imelda Staunton’s acting range never ceases to astonish me.  She howls toward the end and I felt it physically in my stomach. Conleth Hill’s physicality, as Susannah Clapp points out in her Observer newspaper review,  blurs the line between shambling with exhaustion and prowling like a predator.  Luke Treadaway and (a scarily funny) Imogen Poots match them perfectly as foils and equals in the combat.  There is such sustained intensity that I almost fear for the actors’ well-being if they don’t go on to decompress with care at the end of the performance.

It holds in common with the other classic 20th century American plays (Miller, O’Neill and Williams) two things: liquor and illusion.  And in the light of our “post-truth” (now in the dictionary) era, it made me realise that “post-truth” is nothing new.  A raging war between truth and illusion has always been at the heart of the American Dream.  Social media has simply produced a different shining light on them.  And a President survives and succeeds by letting illusion win out.  His American Dream has been achieved.

Is there a breaking point in the play for George or Martha, or both?  Interestingly I am still not sure.  The end of the play implies that illusion is finally shattered.  But if it has been, are they staring at the sun or into an abyss?  It was if I had barely breathed throughout the play, and as the lights finally lowered I was still not ready to take in air.