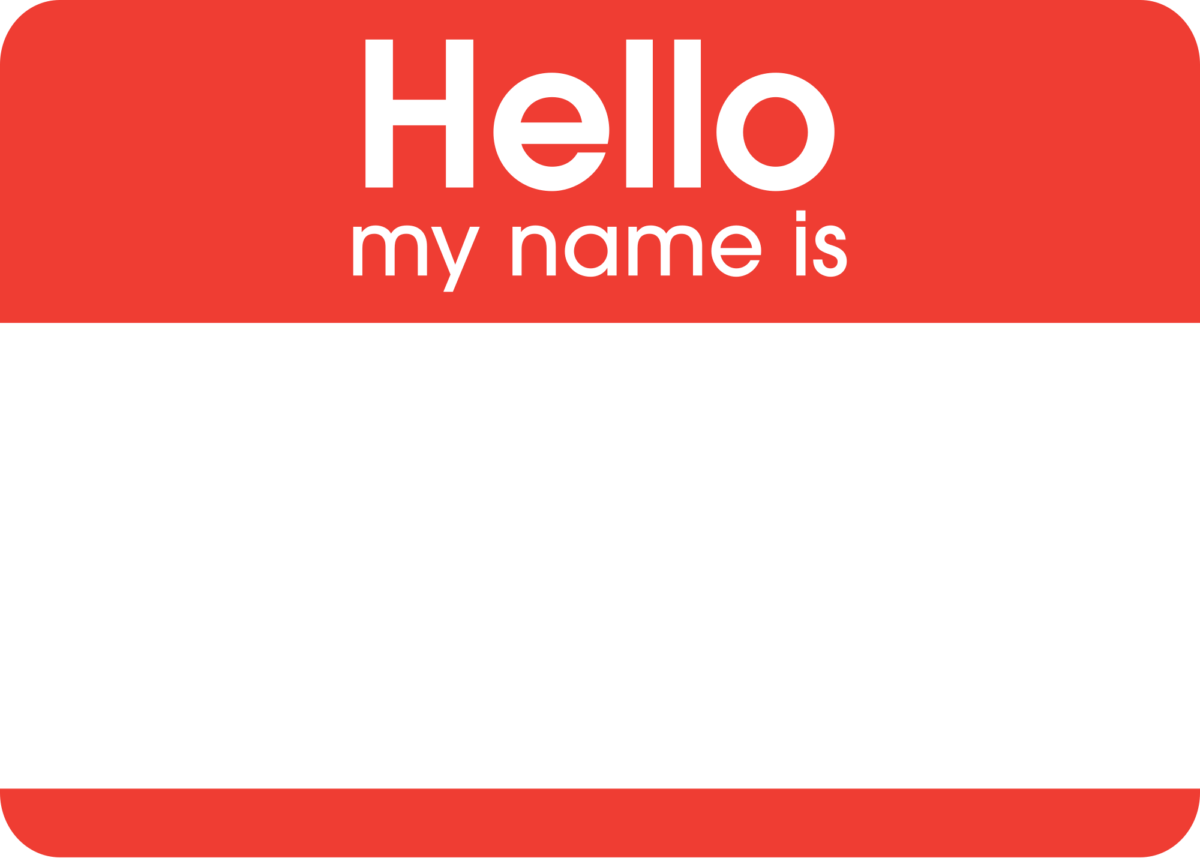 When I left home for university I had (and still have full of musty clothes) a large silver trunk.  My Dad spent a long time stenciling my three initials across the top of it in red.  When he finished he realised that if you added a certain letter (easily done) you created a rather unpleasant four letter word.  That’s why I used to see my name written on walls a lot when I was a child.

I suffered as a child from my middle name being  my mother’s maiden name.  It was not hyphenated.  I like that now of course but growing up with a middle surname caused endless jibes.  Especially as the name is also a noun.  My best friend (who is not English) to this day delights in translating the word into his own language and saying it in the middle of my two other names.

Many moons ago I worked in a box office and we had a funny names list on the wall that customers had given.  Sometimes it was nigh on impossible to keep a straight face when hearing one.  I so wish I had a copy of that list.  I used to cry with laughter over it.

I sometimes wonder how authors, playwrights and screenwriters choose names for their creations.  I guess they used to use telephone directories or obituaries.  Dickens of course is one of the masters of that game.  I rarely meet anyone whose name doesn’t seem to fit them, but then is that just because you rarely get to know someone without learning their name pretty quickly.  Being familiar with a voice on the radio and then seeing that person’s face, by contrast, can be such a disarming and disappointing experience although Tom Wrigglesworth is the joyful exception to this rule for me.

Children nowadays have bizarre spelling variations. ( If you are an Early Years teacher, one of your main aims is to get the child writing their name as soon as possible.  Advice to ambitious parents: make the name no longer than four letters and phonically regular.)  I sometimes wonder if they realise children are going to become adults.

So if you met these people, what would they be like?  Put an X by your favourite.