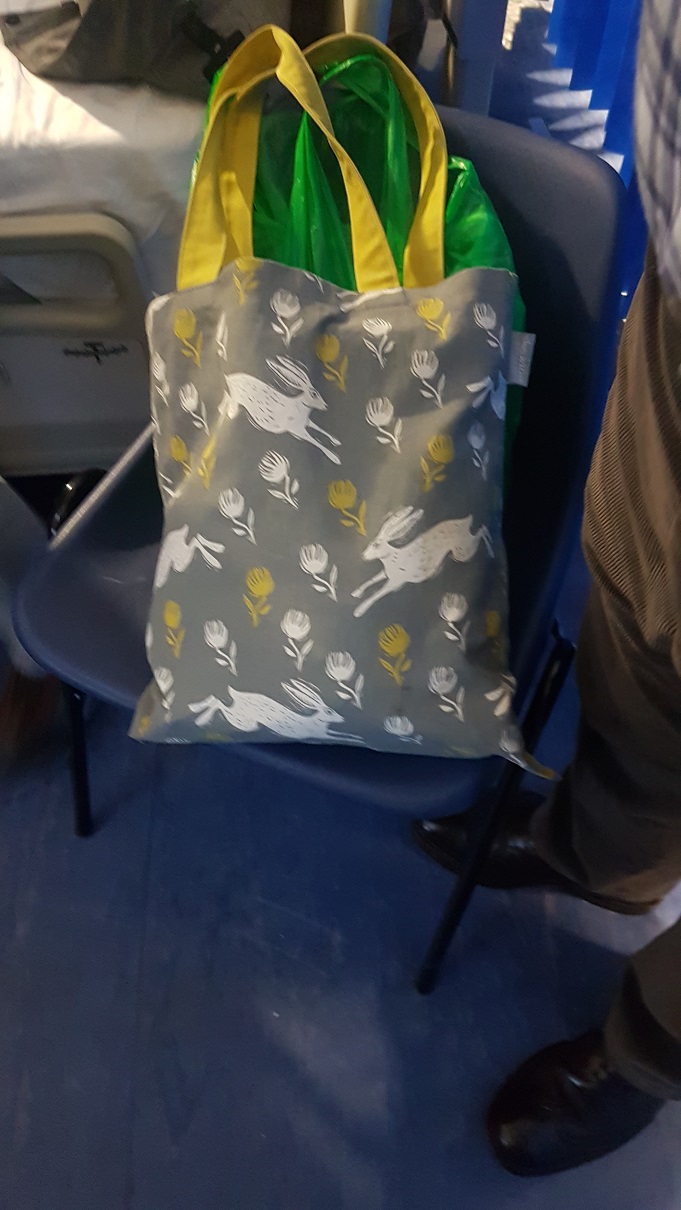 The irony is that this post was going to be a review of The Ferryman, the title perhaps referring to Kharon (Charon) who in Greek mythology was the Ferryman of the Dead, taking the shades of the dead in his boat across the waters to Hades, the land of the dead.

One morning last week, around 1am, we went to a hospital

and stayed by the bed of a wonderful woman who has been in my life for almost 25 years.  Most of the family were there, and the eight of us sat around her talking, laughing, looking at our phones, but all of us knowing that the end of her life was nearer than any of us wanted or imagined.  The sadness and tension were alleviated by the other patients who continued through the night as they usually did (the bellowing, beckoning call of “HELLO” still echoes in my head), the jolliest mobile phone alarm failing to wake its owner in the next bed at 5am, and a tea trolley that rivaled Two Soups in the hilarity it brought.

The end came stealthily, catching some of us out, and peacefully.  There’s not much more any of us could have asked for.  The sun came up through the window behind her head and shone warmth across her from the the winter morning. And that was it.

The family sat for another three hours with her body, crying, still laughing, storytelling in a quiet wake, unwilling to let her go and accepting she had gone.  She lived a full life, lived for her family.  And now we are left, each grieving in their own way, all feeling we have lost our way for a while.

Now for some reason she really liked squirrels (well, why not) and named a couple of them who lived in her back garden.  One of them was called Nigel.  Not the first name that springs to mind for a squirrel, but no matter.  I can’t bear films and books (Marian Keyes – you are the exception) when some bird or animal comes along after someone has died to make those remaining feel watched over. And yet the next day what should we see, high up in the top of the tall birch outside our third floor window, a squirrel bouncing around. We’ve never seen one that high before.  So there you go: Nigel’s relation was indeed keeping an eye on us.  Oh dear.

My last conversation with her was unusually, given the size of the family, just the two of us.  She told me she was a disciplinarian and that her children had probably all been frightened of her when they were young.  She was in some ways a formidable woman, with a sharp mind and sharp tongue.  She never stood in anyone’s way, always letting each member of the family make their own way in life; their own mistakes; their own choices.  But she was always, always there.   Now a standing stone is absent from its circle.

Our stories and laughter will keep her alive and even if she will no longer be in the photos, she will be in our minds and hearts.

Sentimental phrases I have always disliked are now in my head.  Rest in peace.  God bless.  Good night. Good grief.