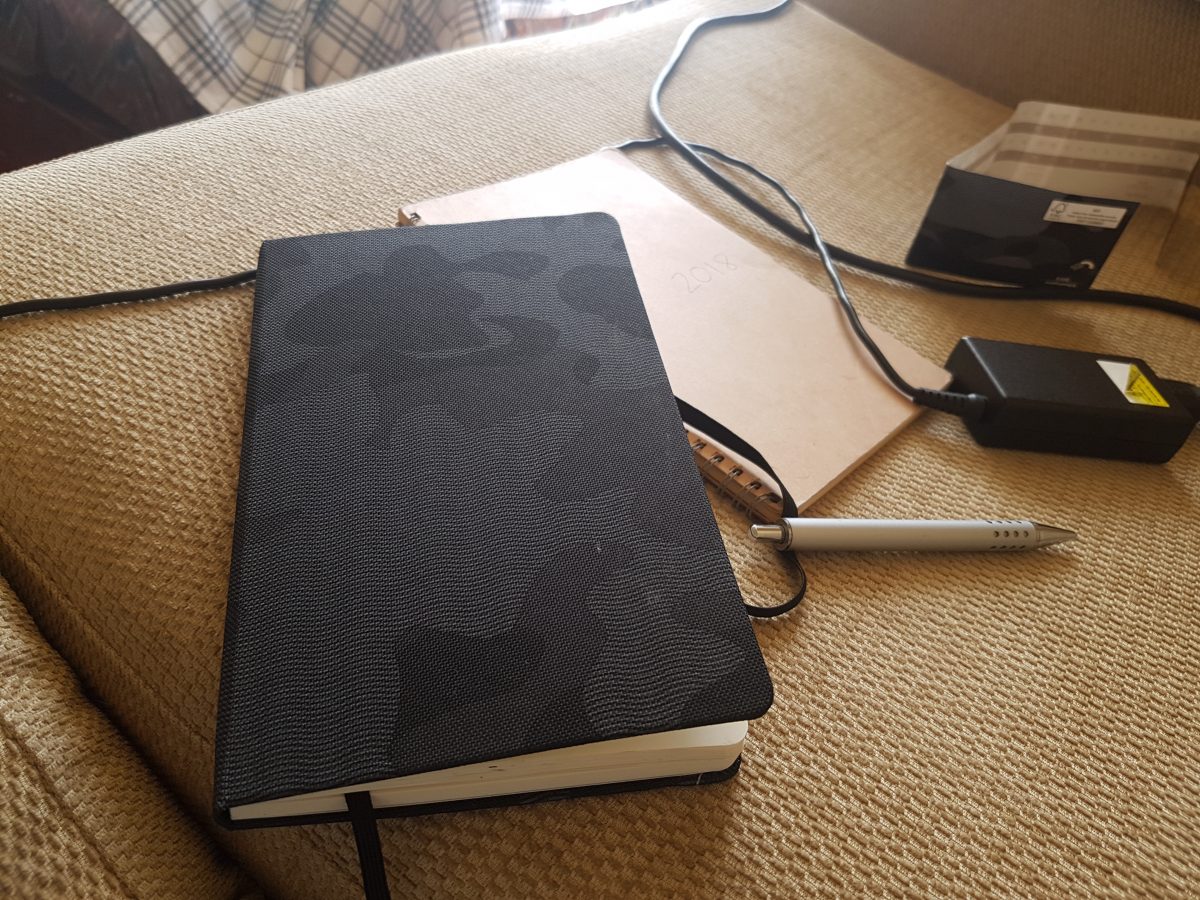 In the spirit of the great David Sedaris, here are some (recent) notes from my diary;  some of it written at work:

To write or not to write.  That is the question.  Spent the morning writing to my parents as usual but as I was describing the play I ended up writing ten A4 sides, so I’m not sure if I can keep up more writing now. (A friend described my weekly handwritten letter home as “an act of love.”)

Applied for a very small job this morning – an ASM [Assistant Stage Manager] to cover one night at a  pub theatre.  £150.  Watch one night, shadow the next and work the third.  You never know.  Decided to presume there’s not going to be a job next in here for me.

I’d quite like to have a quiet doze now but for the actors talking on stage.

Watching this play, very much in the mould of a traditional repertory play, reminds me of a play I saw with my parents when I was a child.  I think it was in Cheltenham – we must have been on holiday.  I remember it was very nasty with horrible images at the end of each scene or act.  I specifically remember a character having his head hammered in – he was lying down, maybe on a table as the  lights changed and dimmed and he screamed, probably a sound effect.  We also saw Rattle Of A Simple man at the Savoy with John Alderton and Pauline Collins, married in real life, a comedy about him failing to have sex with her – they were client and prostitute.  And then there was Alan Bennett’s Habeas Corpus at Harrogate Theatre, I remember being astonishingly rude as only Alan Bennett can.  I wonder what my parents felt, thought or said about these plays and how I would react to them at such a young age.

I’d love a bespoke suit.  My own tailor even more.

Looking out the Green Room window and saw two homeless people totally drugged up and moving their limbs in the repeated “mad” manner that you almost expect people in their state to.  Later on between shows I bumped into a friend in Covent Garden.  Whilst talking to her a homeless man came up to us with his “last” Big Issue.  My friend opened her bag and purse in front of him and gave him £2.50.  He was obviously an addict and made a joke as a way of saying thank you which caused me to laugh out loud.

The Word Is Murder