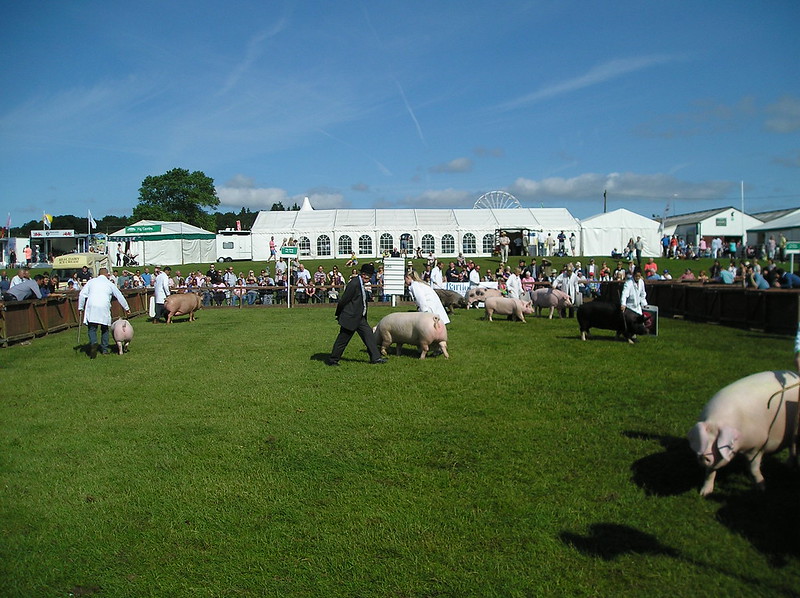 Well, the hen interlude meant you were all hanging off the edges of your seats in anticipation of what happened when I did got to the Yorkshire Show. Hold onto your hats…

Today I went to the Yorkshire Show with Simon. First thing went to get a paper for Pop and some bacon for mother note `mother’ – not my mother, or Mum. Mr and Mrs Manning are still working in the grocer’s in my memory the Mannings ran the newsagents – what grocer’s? no matter. Set off at ten to the Show which was very full. Cost £4.50 to get in! It’ll cost £29.00 this year. Once in bought a donut, a flavoured milk drink and a milk shake (my annual one!). Simon spent most of the time looking at fishing equipment, locks and safes oh we had so much in common. After lunch at home i.e. saving money went with Simon for a walk with Kim around the Stray where he let her loose and she had a good run no recollection of them having a dog. Then back to the Show in the afternoon. Found a stall which sold nothing but herb seeds and when I told Mum (sic) they also sold herb plants I rushed back to get her some i.e. she sent me running back just before the Show closed. I was absolutely exhausted when I eventually arrived home. Spent the evening watching television.