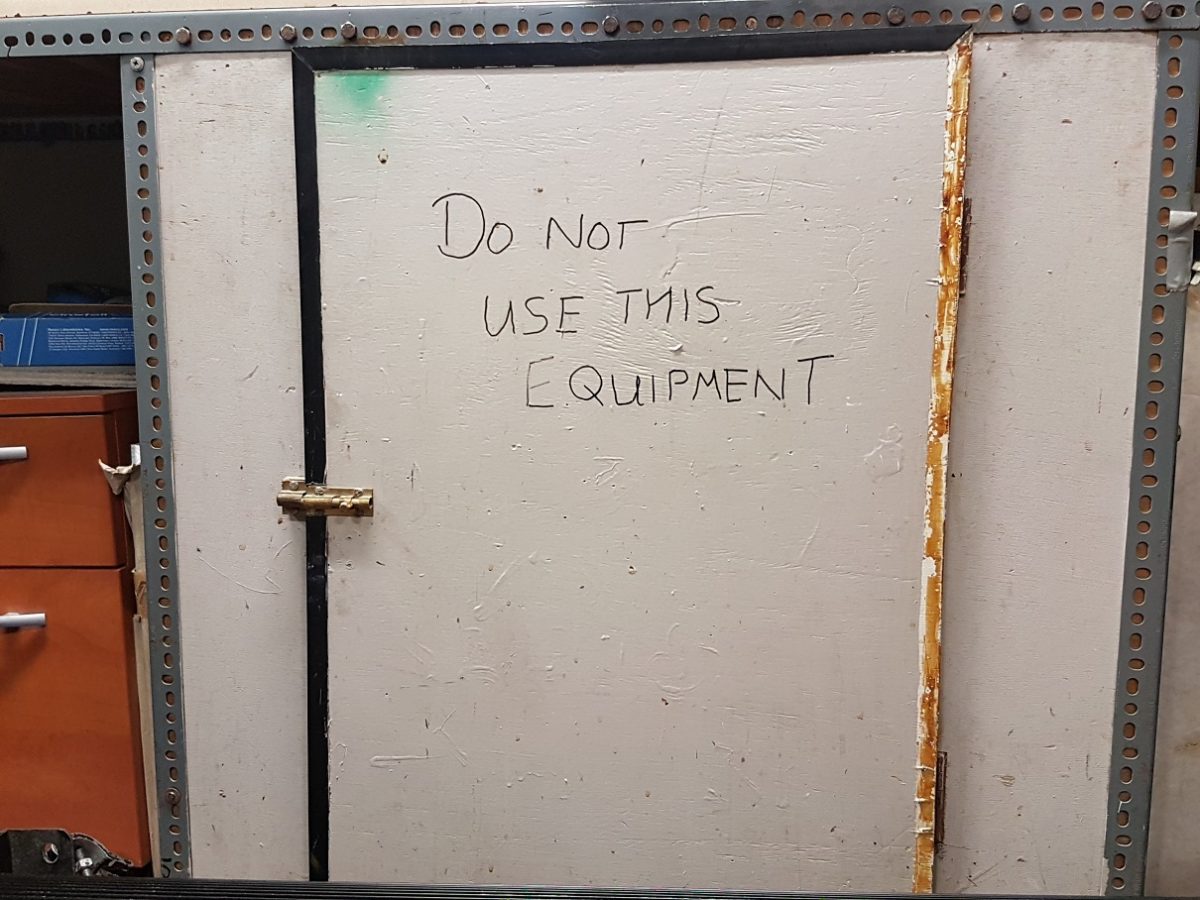 Feeling unnaturally calm about everything. Getting the flat back in order has been great and I’ve sat in the living room and it’s lovely. Found out there will be a new show in the theatre in a couple of weeks and Board Op is now contracted for us both as theatre staff for all shows, so we will have work which made me feel a lot better. The Power of Attorney wheels are rolling. There’s the possibility of private tuition with a local five year old with speech delay. And I have been told not to worry about the money situation in spite of the money spent on windows and floors. So all in all I am feeling a lot better. After today’s matinee I’ve got Wise Children at the Old Vic to look forward to – my “surprise” birthday present, and I’m meeting a couple of friends between shows.

Guess who announced they were going to watch the show last night. I decided not to talk on cans as I could not risk making any mistakes with them out front. Then some way through first half I saw them sitting in the Circle wearing headsets. I told the Carp in the interval, who’d also thought about talking but had decided not to, and was relieved he’d made right decision by luck. He told me how everyone wants to see the back them now. Interestingly when the tree hit the gobo on Tuesday really badly, it went straight in the show report. When on the same day it was found that the wireless cans were not working and had not been checked at the half, that was not put in the show report. Aside from that problem, the company haven’t really gelled. They all seem to come in, do their job as separate entities, and then go home again. But they are all very nice. I won’t be that sad when this finishes.

Good news. New show. Called Switzerland, directed by Lucy Bailey who set up Notting Hill’s Print Room, and whose production of Comus I really enjoyed at the Sam Wanamaker Playhouse. It’s a two-hander about the end of Patricia Highsmith’s life when she lived in Switzerland. It’s coming from Bath and had good reviews. I think it could do OK, though I imagine no one is expecting it to make much money at this short notice, which is fair enough. It is written by a woman too. The theatre has been strong for female creatives since I’ve been here. The bad news is the person we all wanted to see the back of is not going anywhere. At least it’s an already settled production, and I have told my boss I am not going to continue to be muzzled on this. There will be a fresh team of people coming in. Better news is that it runs at 90mins with no interval. There’s an actor from Downton in it apparently. I’ll have a couple of weeks of no work/no pay between productions. Dad may be able to help me financially. But it does mean I can now go to 42nd Street at Drury Lane, and celebrate a couple of birthdays. I have a bit of work with the outdoor play company too.

Just realised Switzerland is written by same woman who wrote Songs For Nobodies which will be the following production in the theatre. I’ve heard there’s a man from Bristol Old Vic who has a connection with War Horse, and who is going to talk about puppetry in relation to Winnicott’s work at the Freud Museum. Looks interesting. And this Saturday I am going to one of the monthly writer’s day courses at the National. The playwright taking it had adapted a production I need to look into, and I thought an adapter would be a good person to listen to. I had a good and quiet day today – swim, Twitter, Bargain Hunt lunch, emails and a productive three hours of writing. I’ve suddenly gone into a regular metre of speech with a lot of lines in the Bedsit Scene between the Lawyer and the Daughter. Some lines I’ve given five beats. Some lines start with the last word of the previous line. Some lines are 12 by 4 beats. I don’t know how this came about. Why this scene? I can’t answer that. I can’t imagine doing the whole play like this but I’ll be interested to see if it crops up again. I’m on the second draft, so it’s coming out of lines I’ve already written. Overall I am feeling a lot happier and more settled now the flat’s work is almost complete. The cat still weeing in the hall so I won’t rest till the new flooring is down there, and that’s due first week of November.