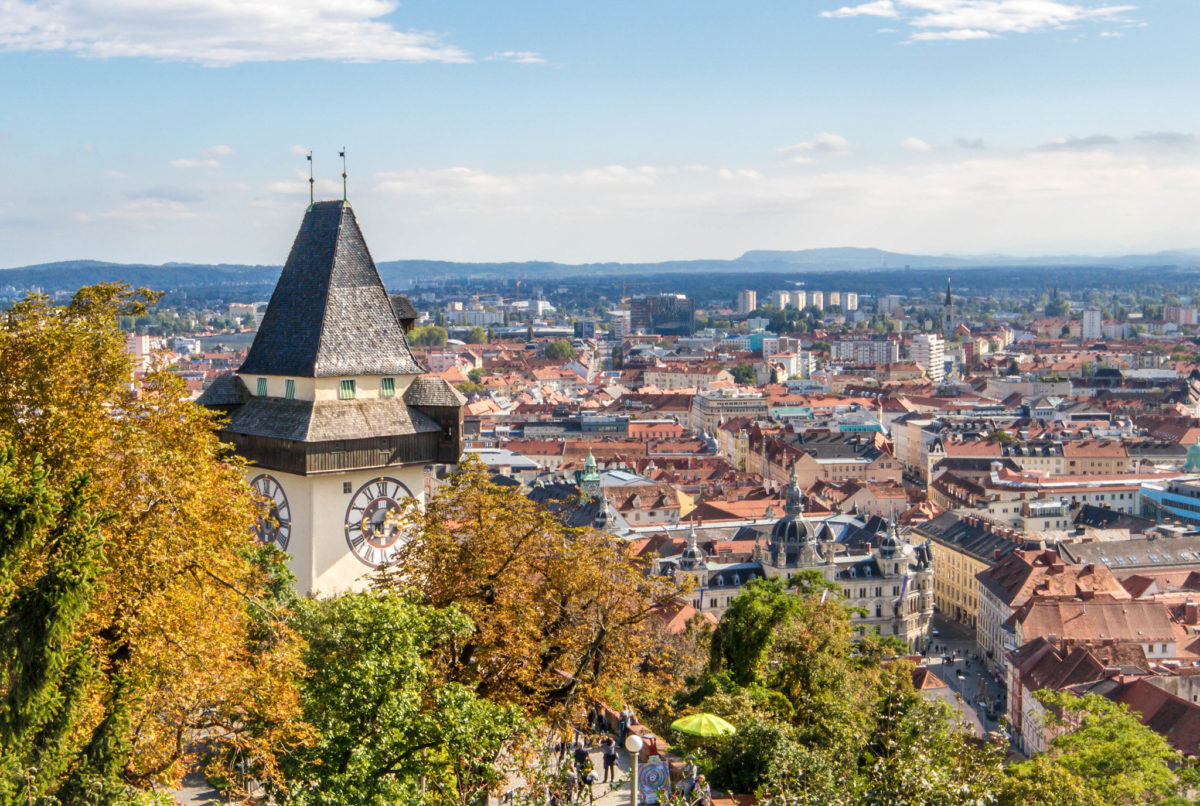 For context, Gunter had already stayed with us in Harrogate. We were like chalk and cheese. He was very confident and self-assured. I wasn’t. The family were very cultured, economically very comfortably off and middle class.

I realise now that the Austrian city of Graz is astonishingly beautiful. I cannot believe how much we did in one day…you can see all the sights on Wikipedia’s Graz page.

Ich I am here at last! the irony of that bit being I didn’t speak a word of German the whole time I was there. Woke up at 7am and got up at 9am after reading my book. Note the complete lack of description of house or people. Mrs Reinitzer who is very kind drove us in to Graz. Gunter needed his licence for his motorbike and we went to the huge police headquarters but there was a queue. Then we went to the Schlossberg and saw the whole of Graz. There were many paths all over the Berg and I took many photographs. Then we collected his driving licence which delighted him! We walked through City Park. Then we saw some weird pictures in an Art Gallery by Hundertwasser which were certainly different. “certainly different” is the sort of phrase my mother used of something she didn’t like but was too polite to say so. Then we got a tram and a bus home. The we went for a ride (!!) and then to the Cathedral which was very beautiful with loads of statues. Then to the Mausoleum of Kaiser Friedrich II which was very austere and cold and very big. We saw a house covered with paintings all over the front and Gunter bought a lamp for his fish tank!! He was going for a game of football with his friends and I did not want to go but relented at last and sat and read. His friends also had motorbikes and they all haired around heavens knows where with me terrified on the back. Then we went to one of his friends house on Viktor Gerambweg to see his new stereo but Gunter’s mother came and was very angry because he was late. I met his father without realising who he was!! Then we went to a Church high on ‘mountain’. It was Gothic and Baroque and they tried to get me to play the organ to my horror! Then we went to see his Grandmother who lives without water or electricity so I could not see her as there was no light. I also met his aunt and a Siamese cat called Ghengis Khan there! There was a terrific thunderstorm, the lightning like day light. when I was in the bathroom the light went off with a crash of thunder but soon came on again thank goodness!