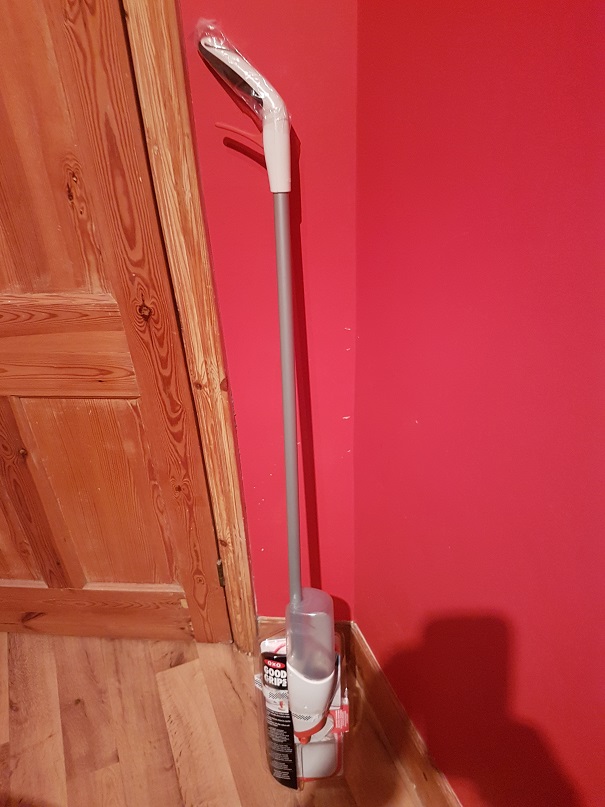 The beginning of the end.

Now well and truly into Switzerland. Rather a busy Thursday matinee. Reviews came out a couple of days ago. Mostly 2 stars which is a great shame. I really like it. I’ve seen it from tech rehearsals onwards. Everyone has been really lovely. The director is very friendly and treats everyone equally. Her husband is one of my champion theatre set designers. The lighting programmer is very helpful and the lighting designer had to come in late because of prior commitments and I was reassured to see he was not that familiar with the board.

The two actors are very down to earth, though I think I managed to slightly overwhelm Phyllis when I first met her with my enthusiasm, explaining I had seen Honour at The Park. I like Calum as he is quietly observant, but very warm and friendly. He was very nice to my two friends who bumped into him after they had seen the show. Apparently he got a shoulder rub off one of them. I may have to apologise,

The DSM is extremely nice and very funny. And she has a cat. She’s quite chatty on cans which is going to annoy someone who is still here. Talking of which the FOH Manager had a words with them about our “situation” and said it’s not to go on. I gave them some cakes as a peace offering and nothing more has been said which is fine by me. We’re being polite to each other.

Home life. After the huge traumas of replacing the windows and getting the flooring down, it’s all complete and the front room and hallway look really good now AND it’s so much easier to clean up after Weebag. This has alos been helped by a marvellous new floor mop (thanks to IK and LG on Twitter) which squirts and mops. Front room has been tidied up and now looks like a room to invite people into. Also cleared all the stuff piled up by the bannister, and tidied up my room. Still a long way to go and it’s all been very stressful (I buggered my back in the process) but we got a lot done.

Writing. Finished my play To Dream Again. Had a read-through with The Mousetrap gang plus one of their friends. All were very enthusiastic about it and I have to say it read beautifully. I was so surprised and pleased. A friend has also sent me an invite to a session run by therapist he knows well, though I’ve never heard mention of him before. Apparently he is a therapist and a theatre company director Darn (sic) Cheek. He’s been lovely and said to send the play to him. I’ve signed up to London Playwrights. they send out a weekly newsletter with submission opportunities so I have sent off to a number of theatre companies, so a few irons in the fire.

The main news is Mum fell last Thursday and was taken into hospital. Nicholas was there over the weekend and I went up for the day yesterday. She seems to have rallied a lot yesterday morning and ate a good meal just before I left. I had a long talk with the consultant, with Dad. The consultant was very careful talking to us and listening. She said Mum may have to go to Ripon for “halfway” rehabilitation but Dad not keen as he couldn’t travel there. Dad said he gets a lot of help and she suggested the possibility of a big care package. Mum talked quite a lot. the staff on teh ward seem to love her. “She has a smile like sunshine” one of them said. The woman in the bed next to here is desperate to leave hospital, crying on the phone to someone. She has Parkinson’s and I heard her say her daughter has cancer and that she had buried three people in three days earlier in the year. Dad must have heard. He held Mum’s hand a long time. Mum looked deep in my eyes just as Elisabeth had which I found hard. Dad said they were married in 1949. That’ 69 years ago. He spoke so lovingly and respectfully of her to the consultant. The subtext wasn’t hard to read. I’m more upset for them being apart than for myself. Dad talked of there not being much time now and wanting Mum to have the best quality of life possible now. He started talking about how Mum set him off on his career having showed him an advert when they were having lunch together. I managed to record him. I wrote a brief letter this morning. I remembered the ide from the Oceania exhibition at the RA of a people who believe we walk backwards in life. We face the past which we know but move forward into the future which we can’t see. I mentioned this in the letter. It seems appropriate.