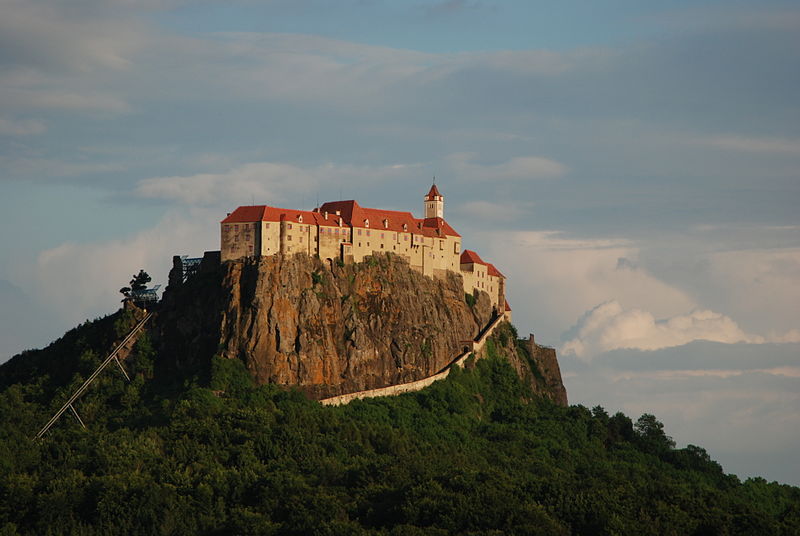 Castles In The Air

This morning we all drove through Styria (or Steiermark) to a castle called Riegersburg which is very high up and it takes about ten minutes to get up there through seven “gates”. It is built on basalt which which was an old volcano. We were taken around by a guide and Gunter did his best to translate. I bought some postcards as I couldn’t take photographs. It was very beautiful inside and of course muggins managed to lose his spectacles case but without spectacles in it thank goodness. I SHALL NOT TELL MOTHER AND FATHER. We ate at a Restaurant and then went to see three more castles but could not go in anyof them. We went to see one of their friends but they were not at home. We came home and had supper and Gunter showed me the slides of his Harrogate photos. Gunter went out to see a friend then I saw an Austrian play on the television and a good Paul Newman (The Prize) film!