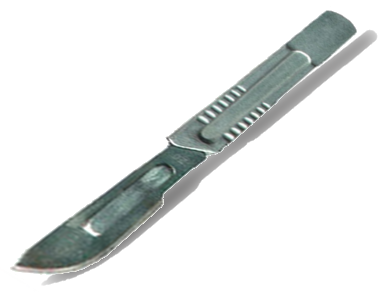 Interestingly (well I think so) I have been working on two plays that have both had intense parts for two actors mostly on stage together alone for the whole time.  Beginning by David Eldridge was a 1hr 45 minute real-time conversation (no interval) between a woman who had just held a flat-warming party and a man who was the last guest to leave.  Mindgame by Anthony Horowitz, a dizzying

black comedy, is mostly the verbal sparring of two men: psychiatrist and a writer, with medal-deserving support from a third character of a female nurse.

Both plays have got me thinking about the relationship between the two actors around whom each play is constructed.  Beginning is a new play, which started life at the National Theatre, although not written specifically for the actors, Justine Mitchell and Sam Troughton.  The director Polly Findlay was able to work with the  writer David Eldridge, and the designers Fly Davis (set) and Jack Knowles (lighting).  It was Findlay’s production but the collaboration between her and all involved must have been intense.  The play is set in one room, in this production a hyper-realistic creation of a Crouch End flat (the playwright is specific on this area of London), and the actors commented that when on the set at the Ambassadors, the acoustics and feel was more like being in a real flat than they expected.  I don’t think the actors knew each other beforehand but they had to become a team.  They had to have complete trust in each other.  If one made a mistake of any kind, there was no distraction; it fell to the quick-thinking and spontaneity of the other to keep the momentum going.

They also had to trust each other because they were portraying a developing relationship.  The audience had to believe in them.  I read the text after I had seen the play a multitude of times and it really hit home how alive a production makes a text – OK that sounds so obvious, but I would say it makes you appreciate how good a text is (and superficially this text is simplicity itself – a conversation between two people) that the whole creative team working together can bring out subtleties and treasure buried in the print on paper.  And the writer presumably was surprised when he saw it alive on stage.  Think about the transition from first rehearsals in an ordinary room in ordinary clothes, through going onto the set and putting on the costumes, through (in this case) performances in two theatres, through an empty auditorium rehearsal to an audience filled opening night, to an emotional closing night.  Just as you never step in the same river, you never watch the same play.

I love to watch the trust between actors.  It is so precious.  The other night in Mindgame something went accidentally wrong and as in so much of theatre, the knock-on effect reached a long way.  The actors thought fast and even if some of the audience noticed something, they would never have known the quick-thinking and fast action had been taken onstage and off, and you can work like that if you absolutely trust each other.

Again I come back to the idea of theatre as family, as a team.  It’s not just the actors alone, it’s them and the backstage team.  Any small thoughtless mistake can have an impact.  You cannot live in a bubble in live performance.  That’s why I find it so exciting and so satisfying.  It’s not always this ideal but when it works it flies.