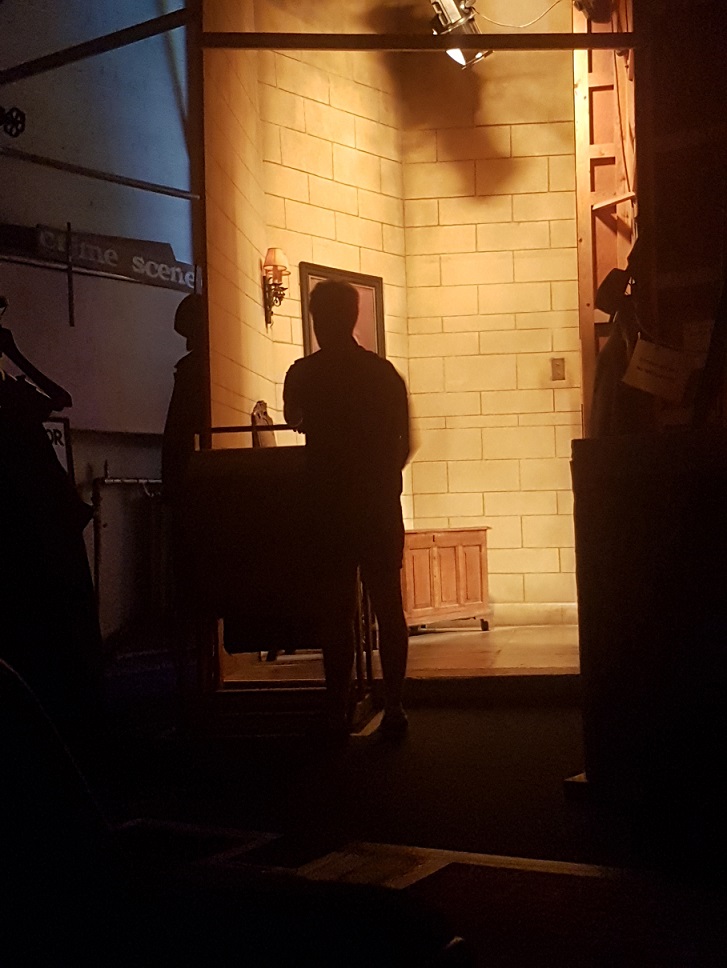 And so goodbye to another show.  I’ve had a short-term covering position and graduated from Board Op to stage duties – hence all my windy tweets.  I’ve done a lot of vacuuming.  I’m telling you, hoovering a West End theatre stage puts cleaning your own abode into context.  I’ve excelled at flying in a curtain, moving props between actors, and operating sound effects (usually on cue hem-hem).  Much as I love lighting, I love being in the wings with the actors even more. The company on this show (“it’ll run and run”) have been one of the funniest set of people I have worked with.  Many a performance I have been reduced to gasping for breath (silently) laughing in the wings.  I have to say that now I have left teaching and gone into the theatre, I find I am laughing more.  It’s as if I have lost a burden of stress I was carrying around as a teacher.  Well let’s face it – I was under huge pressure and sad to say, although I miss being with the children, I don’t miss teaching one jot.  I rarely think about it.  And anyway, actors are grown-ups who still have the playfulness of children in them, so the theatre is not much different to the classroom.

I’ve only been on the show a couple of months but I have really felt at home and had a great time playing a little part in its history.  I am writing this at home an hour into the show, and I am feeling a little lost.

Now I’ve three weeks of no work/pay and then I hope to have something at the beginning of September. Fingers crossed. I’ll have a break in between.  I want to concentrate on my creative writing so I am going to get off social media temporarily.

So I say goodbye feeling sad and happy; I like the transient nature of theatre.  I like it’s nightly routine and I like moving on to a fresh start.  Farewell to another production that will remain locked in my heart.