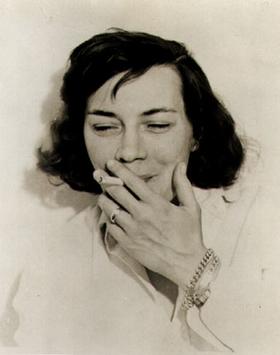 On my way up to Harrogate by train, so a rare mid-week posting.

The reviews came out yesterday. A steady 2 star set of ratings. It’s disappointing.

I’m in the privileged position of having seen the end stage of the creative process of this production just before it went into previews.  I saw the director, the actors, the designers and stage management all working. I talked to them – and still do. What no one knows is what a great team have made this production.  Within the hierarchy, I’m pretty low, but from day one I was treated and spoken to as an equal.

(Right at this moment I am caught between taking the lid off my tea to let it cool down as it’s too hot to drink, and leaving the lid on so I don’t throw tea around the carriage. Too late…)

It means I look forward to going into work. I’m in a team of people who smile, chat, respect each other, work as a team – and above all work very hard.

That’s a thing people do know, but don’t always think about.  And this is something people should think about when they are writing reviews.  This play is a two-hander lasting 95 minutes with no interval.  The two actors are barely off stage the whole time.  They are locked into a 90 minute conversation with each other.  Think how much that means they have to learn and remember.

It’s more than a memory feat.  It’s an intense play. One character is relentlessly cynical and negative. They are locked into a dance and the level of trust the two actors have in each other is (has to be) extraordinary. If one forgets a line, the other has to react. If a prop malfunctions, they have to deal with it. They are both exposed.  It is acting at a dangerous and exciting level – but it must be utterly exhausting. Two days of each week they perform two shows.

I don’t mind people not liking the play itself. (Having said that I know what a bad show is and this is not a badly written play by ANY stretch of the imagination). But please give the cast some credit, some acknowledgement for their work and achievement. They are superb actors giving superb performances.  Two stars? One for the play and one for the production?  Well if you insist, but at least acknowledge the work before you, in your review or opinion.  I am not anti-critics.  I think well informed, reflective, historically and politically aware critics are important.  I just don’t like something being pulled down because someone doesn’t like it very much,

The West End is a business. People make money from it. People lose money in it.  And most people working in it really care about what they are doing; they do what they do to high standards. Please remember that, especially when you aren’t enjoying something very much.