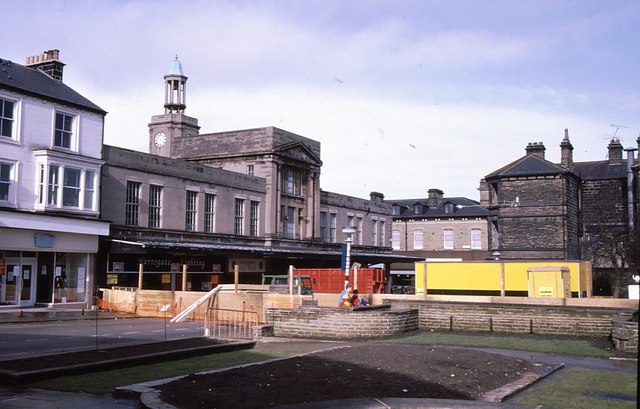 Toddled off in to town this morning fairly early as mother wanted me to pick up a lamb shoulder from the market butcher the since demolished beautiful indoor market replaced with ghastly shopping centre half full of empty retail spaces. I presume we will eat it tomorrow. Went to the card gallery card shop where Jane and Anna school friends were both working. Jane’s French friend had gone home yesterday. Anna said she had been working in the members’ canteen at the Yorkshire Show note I had no job – too busy being sent on errands by my mother probably. She also said she had been to see ‘S.O.B.’ a film in which Julie Andrews swore I seem to remember with Jeremy my best secondary school friend – were they going out with each other? but didn’t enjoy it that much and in future will only go to films she really wants to see!! Jeremy didn’t want to see that film (or ‘Tess’) so I know whose sic the loss! After fish and chips for lunch REAL fish and chips I had a boring afternoon but bought a puzzle magazine life on the edge from Mannings you see- I said they were the newsagents which wasn’t much good. This evening I had my hair cut and washed it. I now look as if I have a square head my mother used to cut my hair and inevitably it ended in tears or a shouting match. What was wrong with the barbers??? I must sought out traveller’s cheques next week, Dad’ll ring bank.

The Americans Are Coming!