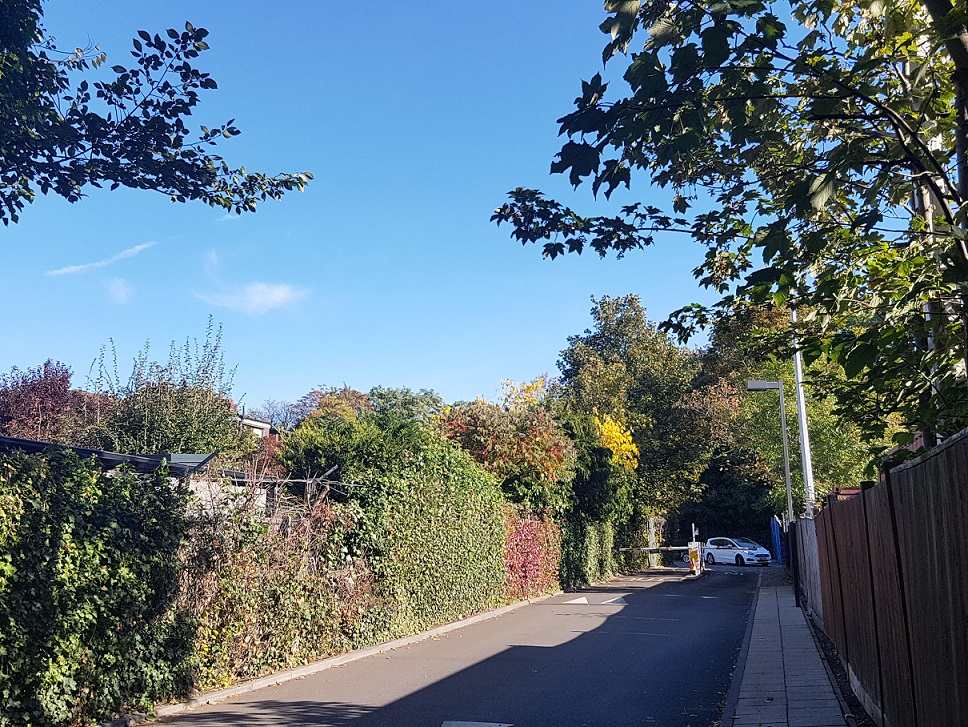 All official for Switzerland. Opens next month so I’ve about two and a half weeks of no work. Guess who is definitely on it. I’ve just passed them outside and got a a false cheery hello which I ignored so no doubt that’s another black mark against me. Just had a coffee with K and a good chat, saying I wouldn’t put my parents in a home. I had completely forgotten that’s what he did but the situation was difference and he didn’t take offence. I also later managed to ask L if her husband, who is a trained experienced electrician, had any experience with electrics. I managed to cover myself by focusing on the fact that the front room’s light stand lamp socket in question has been glued. That’s not electrical. I think we’ve knocked it so many times it’s loosened something in the wiring.

I’m a bit writing-ed out today after this morning’s weekly letter to Mum and Dad. If I have no work for a couple of weeks then I’d like to focus on the writing which I am loving at the moment. Not sure if my lack of enthusiasm to start writing (rather than the doing it) is due to tiredness or the fact that I am enjoying reading A Treachery Of Spies so much I can’t wait to get back to it.

I’ve never seen B backstage to ask him about his music, and if he has any piano sheet music of his songs. He keeps himself to himself which is fair enough. I’ve gone back to playing the keyboard since I cleared the front room. Still playing Max Richter piano pieces and the La La Land songbook. I should practise more as I don’t feel I am getting better. I wish in a way I could live like we are – if I could really focus on my writing and working in the evening. But then I’d like to do more in the theatre. I’m becoming more and more serious and enthusiastic about my play. It really feels like it is becoming mine. I’m enjoying writing based on a structure, and wondering about adapting a novel next – a difficult/unusual text would have a fresh interest taken in it. I need to think more about this.

Unexpectedly in the theatre as D rang to say she is sick and asked me to cover. I’d got a planned evening which I’ve pulled out of without problem. Slept badly last night because of disturbances. I got some piano done and had a good swim, as my crawl technique is becoming much more relaxed and therefore stronger. Still can’t multitask enough to coordinate legs and arms properly and end up not moving my legs at all as I concentrate on my arms. Had tea with M locally and we were talking about swimming and yoga. I said I had hurt my back probably straining to keep up with the more advanced lot in yoga class (“keeping up” absolutely not being the point of yoga). M to my surprise said that she has to overcome her ego to stop being competitive in yoga and swimming. She said she once saw a woman swimming really slowly and thought she’d just overtake her quickly to get out of the other woman’s way, and found she couldn’t catch up with her. She’s as bad as me. I never honestly thought she’d be like that and she really made me laugh.

Got home and failed to fix the standard lamp. Not even sure why I am trying. I’m no electrician despite my theatre job title. I’ve been having unsettling dreams, the details of which I quickly forget except one where I was in the theatre, being really awful to everyone about guess who, and then found out they were really good friends with everyone I’d been talking to. Nothing to see here. Move along.