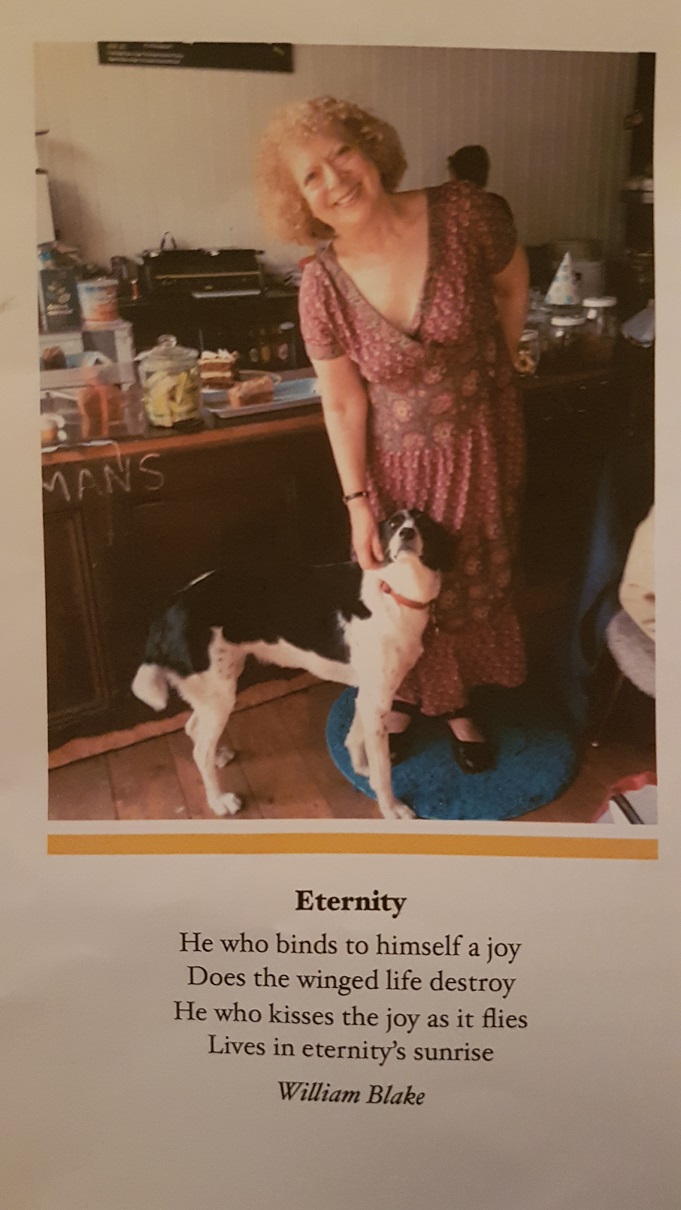 On Saturday evening I went to a Memorial of a dear friend of mine who died a year ago. I knew her from a school I taught at where she specialised in Drama with the children.  But at her funeral last year this extraordinary life appreared I knew little about. She was trained as an actor and worked steadily in TV series from the 1970’s through to the around 2000 I think. She was very politiclly active and played a big part in the community of her Synagogue in North London.  I learned at her funeral, if I remember correctly, she was the first woman to read from the Torah there. She wrote poetry and plays.

A long time ago I broke my leg, and even though I didn’t know her very well at that time, because she lived fairly near me she offered to drive me to school and back, and she did so over some weeks.  That’s how I really got to know her.  She has a son of whom she was immensely proud – especially when he got arrested for protesting. He is a composer and musician and now he is starting to make his name. Her ex-husband with whom she continued to be on good terms  worked in television, directing some well-known series and dramas.

She had two dogs when I knew her.  First was Ella (after Fitzgerald) and when she died she couldn’t live long without another one, and so along came Billie (Holiday) who had the same spirit of adventure and love of life as her owner. When she became ill she had to give Billie away and I know that would have broken her heart.  I used to walk on  around Ally Pally with them, or bump into them at the local shopping street. She went to my yoga class (without Billie) for a while but gave up because there were too many Sun Salutations!

I still pass where she used to live on one of my regular bus routes. She came to my birthdays and was just enormously kind.  I really miss her. At the Memorial which involved a group of known (Miriam Margolyes, Marion Bailey and David Horovitch as well as Mike Leigh) and unknown actors performing four of her plays, I heard her acute ear for dialogue; the plays were funny, angry and deeply compassionate.  Marilyn never seemed to take anyone or anything at face value.  I wonder what she would have made of Trump. She was forever telling me off if she sensed me  spouting a received opinion (as I usually do). It was a lovely evening including two recordings of her voice. I’m so proud to have known her.