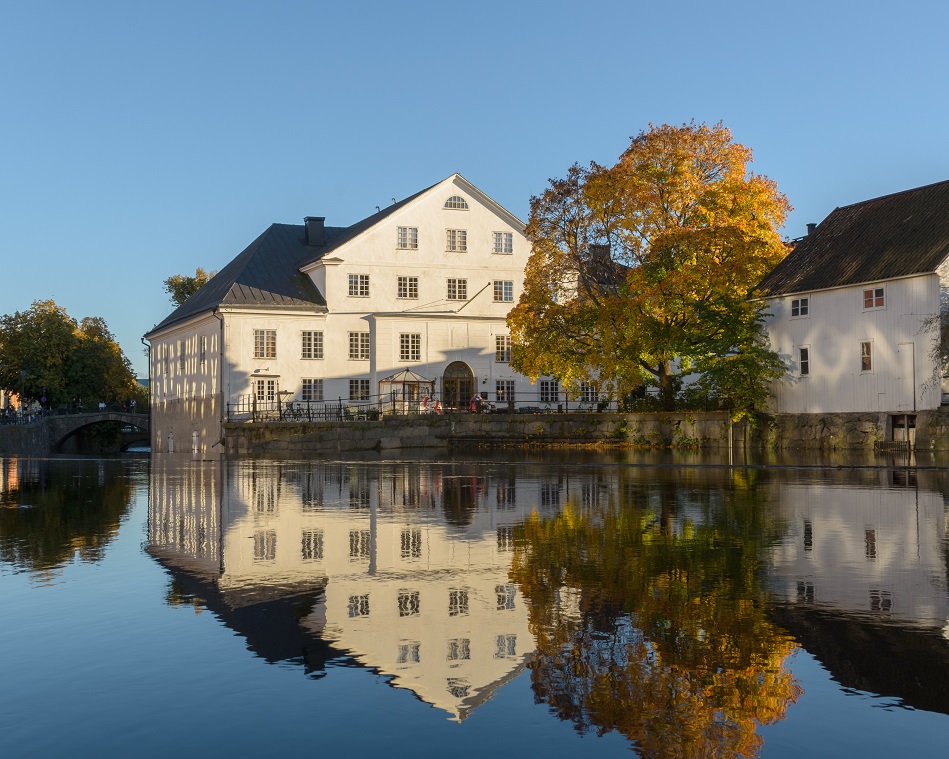 My favourite film, in the sense that it is the film closest to my heart and affects me on a personal level like no other, is Ingmar Bergman’s Fanny and Alexander.

Scandinavian 19th century drama has fascinated me since I studied Drama at university, and my love of it led me into the theatre and film world of Bergman. In my twenties I had a tendency

(as many others) to get obsessive, and I duly did with the films of Bergman.  (I was partly “cured” by attending pretty much every film in a National Film Theatre [as was] Bergman retrospective years ago and quickly realised what’s too much of a good thing.)  Bergman’s films capture life (and death) as I understand it and as I want it to be.  Fanny and Alexander, his swansong, was the film he made to retire from directing film.  I have seen the cinema three hour version many times, and only once the original five hours plus TV version (now unavailable in UK, although I do have it on video and I can’t get our ancient unused video player to work).  I also saw Bergman’s own directed Royal Dramatic Theatre of Sweden’s production of Ibsen’s Ghosts at the Barbican in 2003 with Pernilla August, who plays Maj in Fanny and Alexander.

I could go on and on and on…and on, so in summary: I’m fascinated with 19th century Scandinavian drama, the life and works of Ingmar Bergman, and therefore Fanny and Alexander is my desert island film. Being in a quandary as to whether to book to see this stage adaptation of it at the Old Vic, I twittered something to that effect, and a quiet Irish lady asked me why would I pass the opportunity to see the great Penelope Wilton on stage….

Why indeed? And what a fool I would have been to pass it.

In a nutshell, to save you reading any further, I absolutely loved it.

Of course Penelope Wilton as Helena Ekdahl, the Grandmother and core of the Ekdahl family whose story this is, was stupendous and held the stage and audience with barely the raising of an eyebrow.  I learned only recently that Gunn Wallgrenn, one of Sweden’s greatest actors who played the part of  Helena in the film was diagnosed with terminal cancer shortly after finishing filming and died the following year, which adds huge poignancy to her performance. Penelope Wilton is very wonderfully different, as are all the actors.  I had been afraid that a stage interpretation of the film would weaken it for me, but the story is so strong and the acting at the Old Vic so excellent, it passed my critical test of fire.  And the actors who played Fanny and Alexander were extraordinary.  They are on stage for much of the the three hours.   Of the four child casts, we saw Misha Handley as Alexander who has a large speaking part.  Katie Simons was Fanny, younger and with less speaking but I watched her witnessing a scene where Alexander battles with his Bishop stepfather, and saw her quietly give such natural and convincing facial expressions.  They both gave the adults a run for their money.

What the stage version could never replicate is the visual beauty of the film, its sumptuousness and its austerity, and wisely they had made a virtue of this in Tom Pye’s design with Alex Baranowski’s lighting. The second act in a stylised box for the Bishop’s harsh house worked particularly well.  I really liked Stephen Beresford’s adaptation idea to punctuate the action simply with recited lists of the food that the Ekdahl’s eat which is so lavishly visualised in the film.

There were moments I don’t remember from the film which must have been taken from the television original.  There was much cut, but nothing that bothered me.  The last act is perhaps the least successful, and if I have a criticism it is that the grotesque, fantastic magic of it in the film could have had a more engaging theatrical visual language.  There are effective stage illusions but I felt they were not pushed far enough. It could have been truly breathtaking.

I haven’t touched on its ideas and portrayal of the relationship between actors  and the theatre, with life itself.  Maybe another blog post.  To finish here, Fanny and Alexander fills me with awe and wonder, if you’ll forgive that overused phrase. The fullness of life bursts out of it: the joy and pain of family, the suffering from death and loneliness, the agony of self loathing and the damage that causes, the necessity of laughter and of humour in all things, and a mixing of religion, superstition and magic into something “other”.  It offers the mystery of what it means to be human